Being a Homeowner: Part 3

We’ve been in our house for just over a year now. You may remember one of my first posts about the woes joys of being a homeowner!

Needless to say, all those leisurely improvements we had planned were put on hold. But finally, 14 months later, we are starting to make our house a home a little at a time!

We have been incredibly blessed this year to be part of several of our friends’ weddings, and while each one was wonderful and fun and amazing, it’s had our weekends pretty jam packed! We’re talking, not a single non-wedding-event weekend since January 25! (That’s four months, you guys!!!)

Last weekend was our first weekend to not have any plans and I was feeling mo-ti-vated to get some things done. Specifically, my goal was the front yard/porch area. While we have a lot of fall decorations (read about my love for fall here), we had absolutely no decorations for the rest of the seasons that would make it appear anyone was actually living in our home. Not to mention the white window sills were brown with dirt, and the porch railing and shutters were a putrid shade of faded maroon. SO, I set a game plan and went to work.

After power washing the window sills (and by power washing, I mean using the “thumb over the hose” trick to get as much dirt off as I could and then wiped them down with rags),  I took down all the shutters – which are not actually shutters, but I don’t know what these decorative window things are really called – and painted them black.

If you’ve ever done a fair amount of spray painting, you’re probably familiar with “the claw,” which is the shape your hand takes on from pressing down the spray can for so long and sometimes takes hours to return to normalcy. Also your forearm is weirdly sore the next day and you realize how sad it is that your muscles are sore from spray painting.

But here’s how it looked before: (okay, so I had a wreath…) 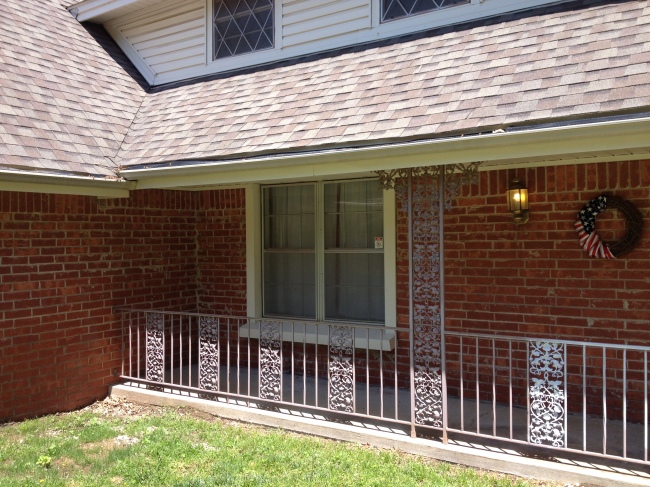 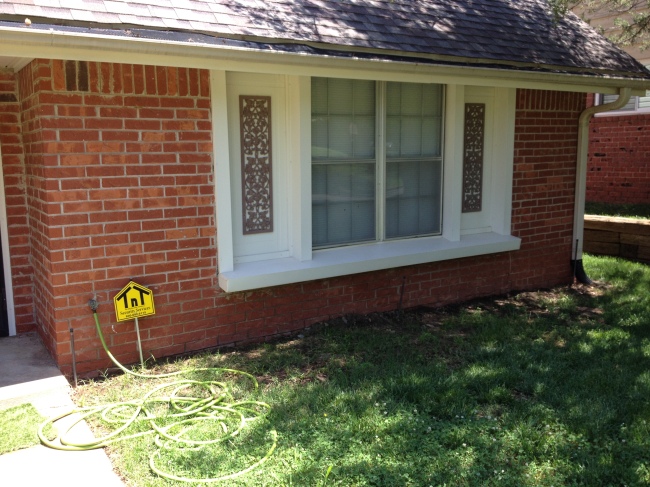 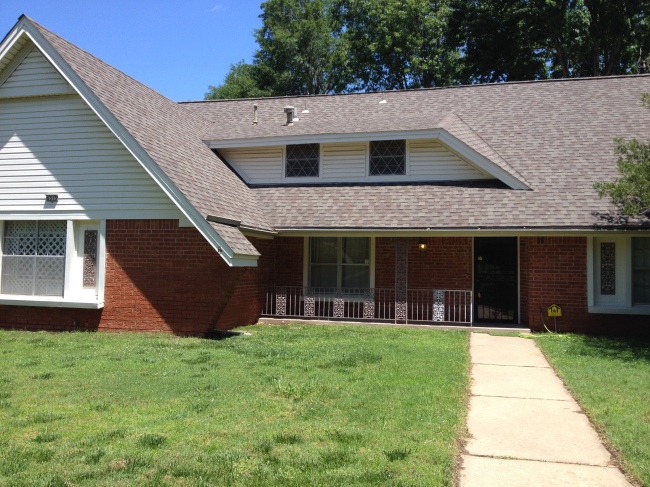 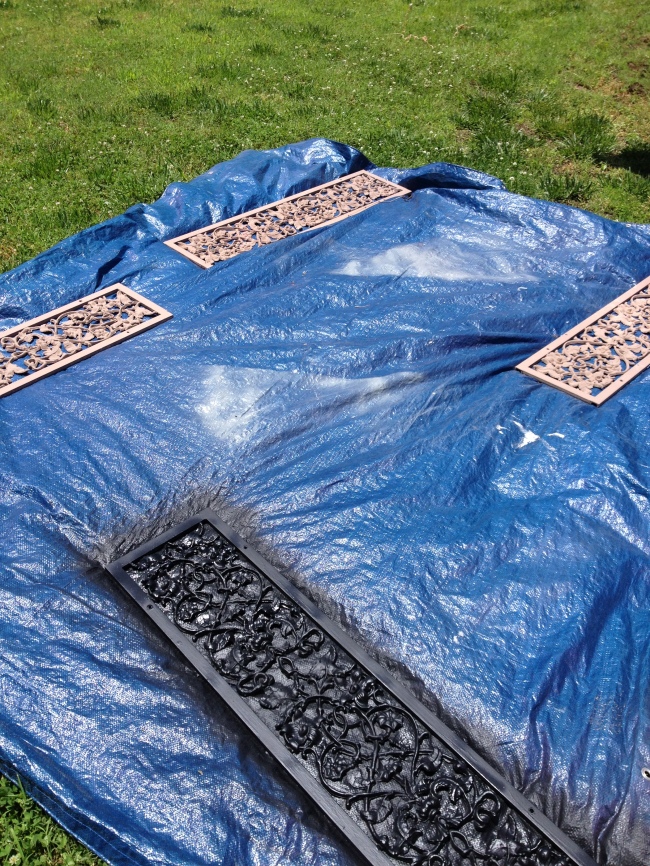 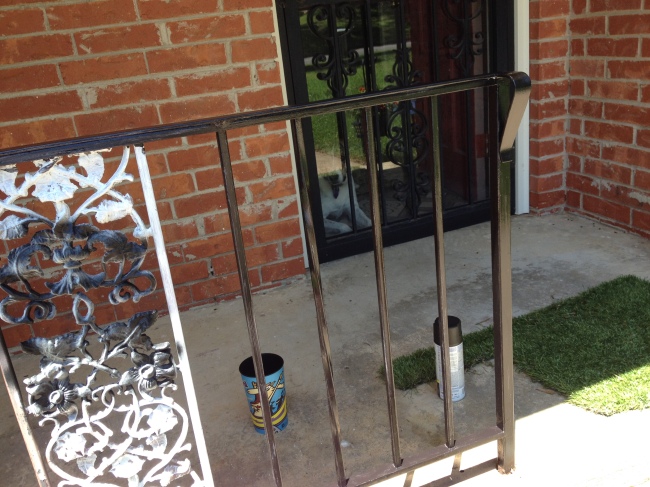 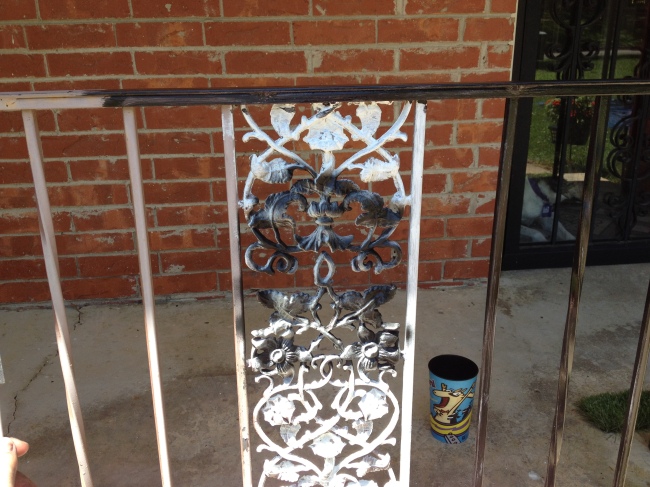 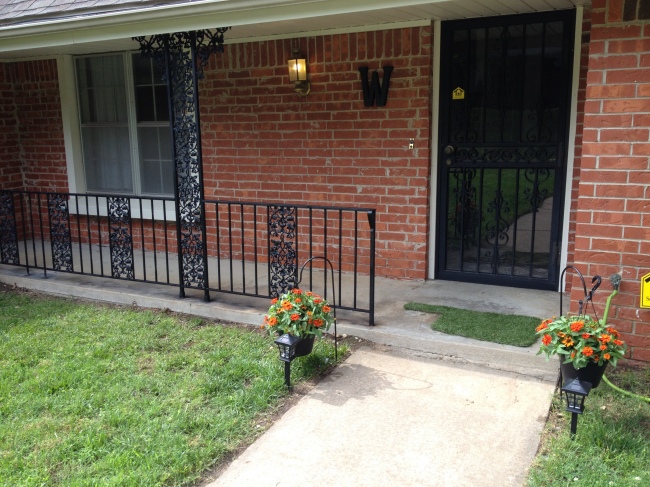 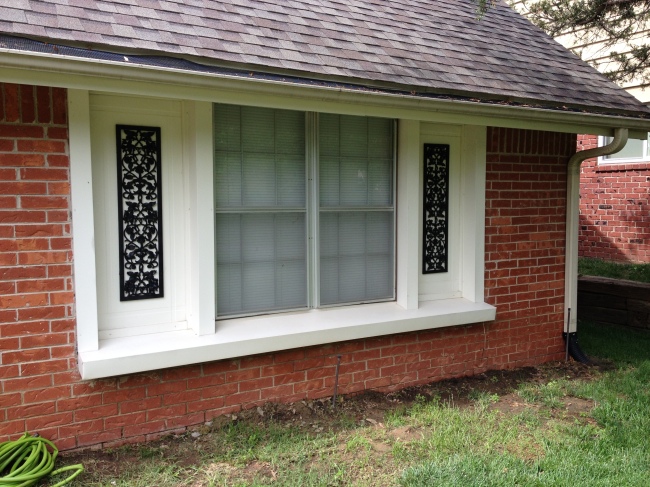 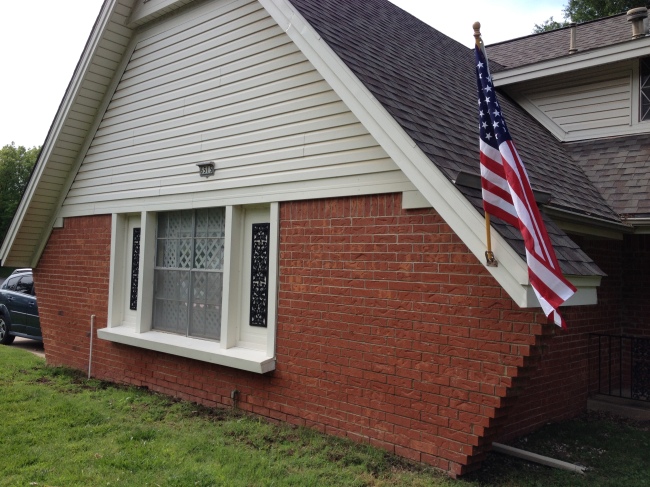 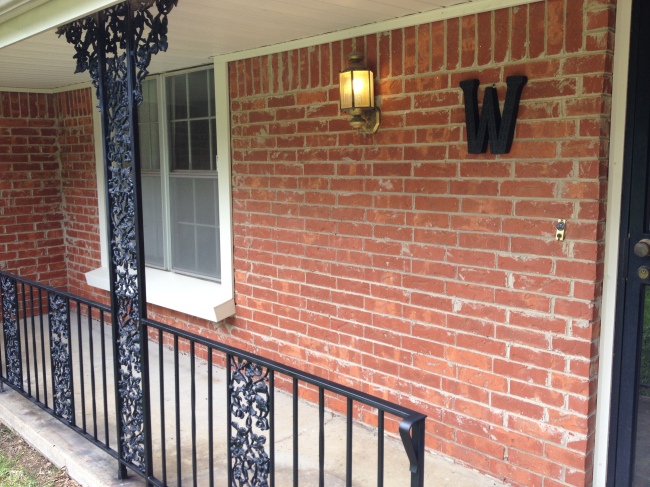 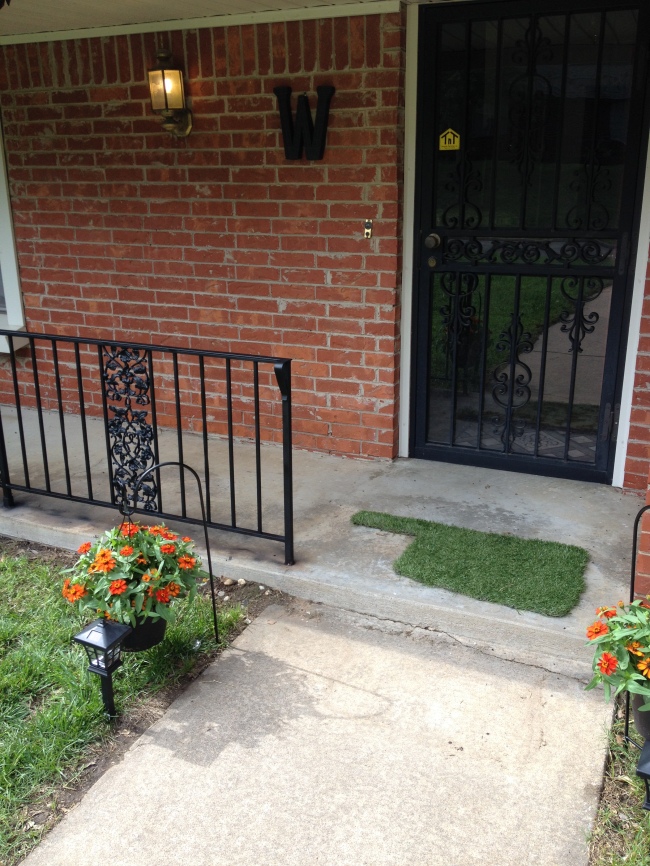 The railing took significantly more patience, time and effort, but I’m happy with how it turned out, too!

Completed the look with an American flag (because – ‘Merica! Am I right?), which will, in all honesty, be replaced with an Oklahoma State flag after the 4th of July (because – Go Pokes), a couple of hanging plants, two solar walkway lanterns, and a “W” by the door! 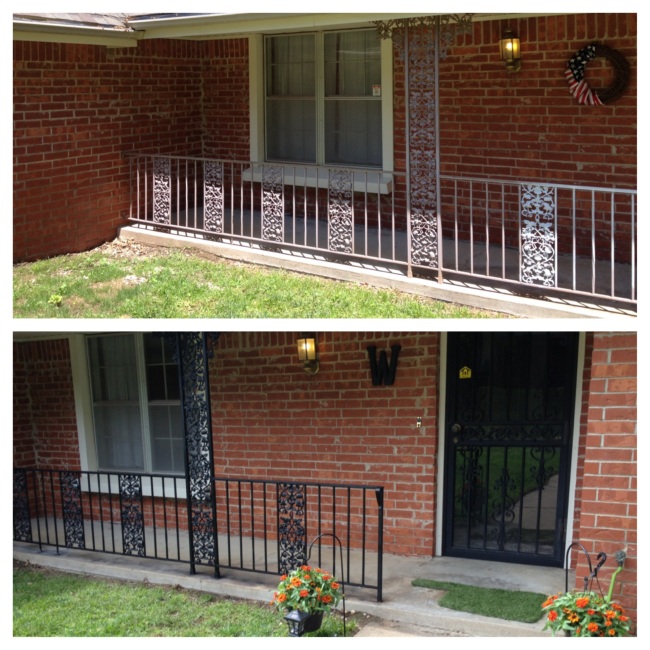 Unfortunately, my painting skills could use some work, as evidenced here… 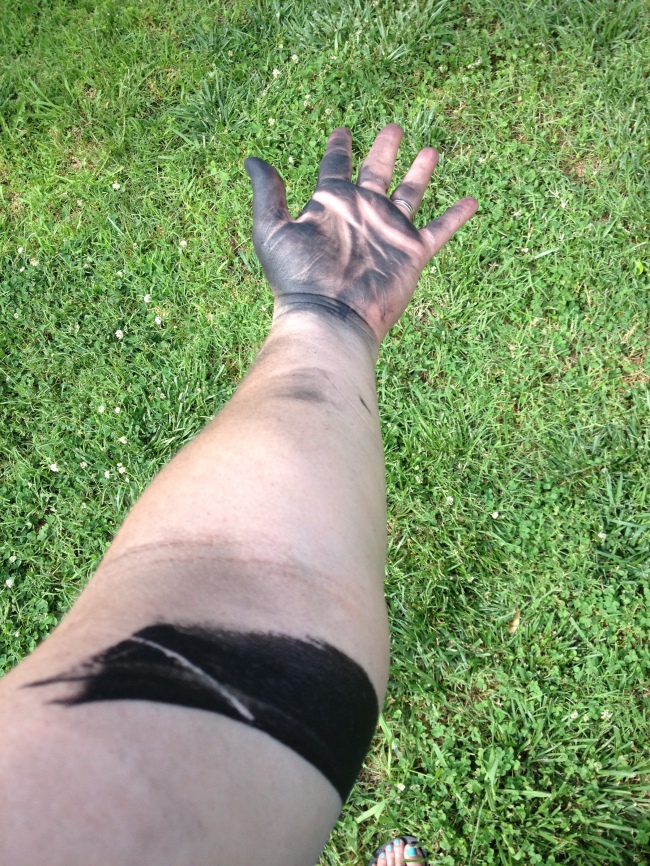 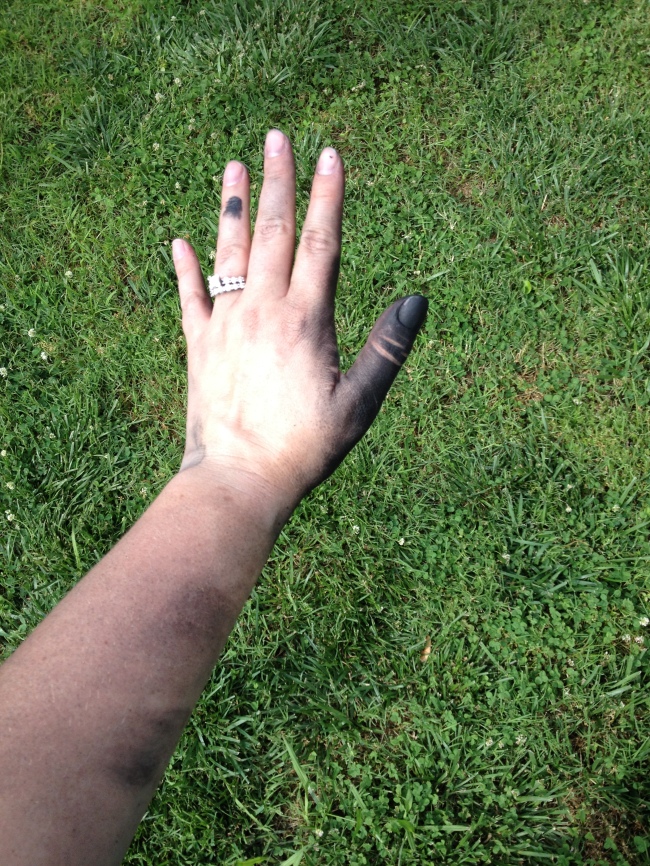 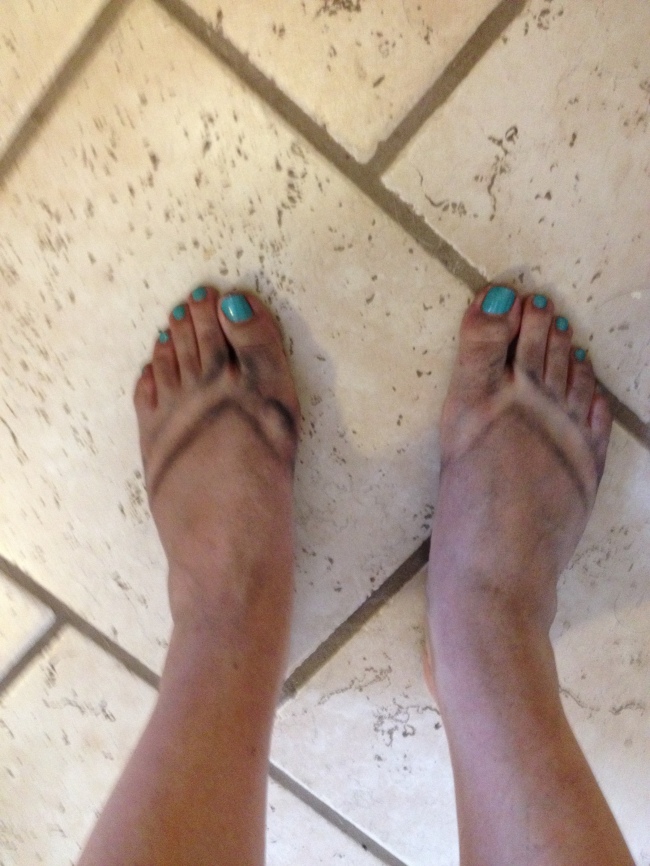 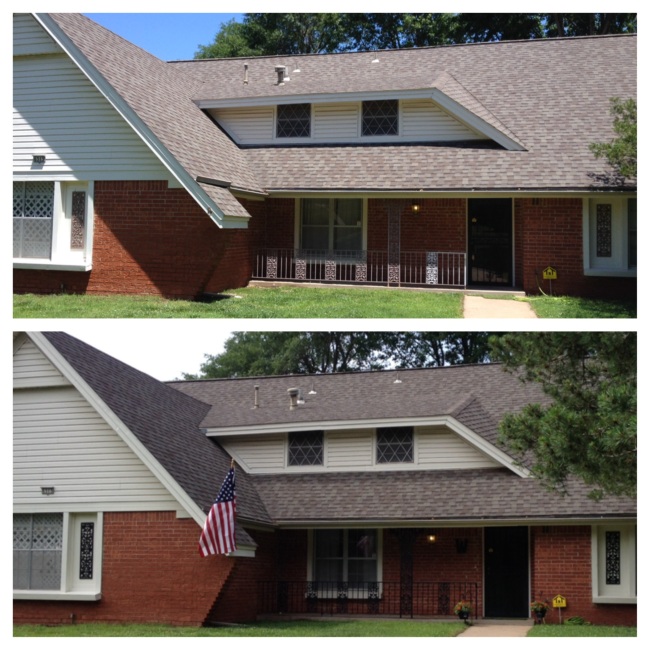